893KB Marokko Nyheter - Oktober 2014
When Nordeen told me that our first stop was the Medina and explained that this was the ancient part of the city, I asked if we would have to pay to get in, imagining it to be a conserved historic site which tourists would visit. I can now fully appreciate what a ridiculous comment this was as the Medina in Rabat (and the other towns which we visited) is the life and soul of any Moroccan city.

1,24MB Marokko Nyheter - September 2014
I came to Morocco on a teaching project. However, during my last day while sitting on the rooftop of my house in the Medina of Rabat, I realised I had learnt much more than I had come to tech here.

1,66MB Marokko Nyheter - Juni 2014
I've simply had the best 2 months in Morocco. My whole experience was just utterly overwhelming. The colours, the spices, the music, the astonishing levels of hospitality and generosity, the frighteningly high levels of sugar in the mint tea, the weddings that end when the street lights are going off, the stifling 4 seat taxis that cram in 6, who have odd socks and don't know when their birthday is, the pink sunsets; it was everything I imagined and so much more.

775KB Marokko Nyheter - Mai 2014
The dreary line leading me on, one sleepy step at a time, through Stansted customs could not have been further from the life from which I had only just surfaced, centred around the breathless, bustling life of Rabat Medina. I felt I had been forced to come up for air far too early. At that moment, and even now, as I write this, I am of the firm opinion that I could quite happily have stayed in Rabat indefinitely.

940KB Marokko Nyheter - April 2014
Rabat is hosting the music festival of Mawazine for its 13th edition between May 30th and June 7th. Mawazine (Rhythms in Arabic) has a record of 2.5 million spectators. 7 stages are set in different parts of Rabat and Sale, and each stage offers a different style of music.The nearest stage to the Medina, where most of our volunteers stay with their host families, is the Bouregreg stage, set exclusively for African music.

1.010KB Marokko Nyheter - Februar 2014
Speech therapy student, Helen Coward (47), from Essex, England, spent 2 months volunteering with Projects Abroad in Rabat, allowing her to gain more hands-on experience in speech therapy, as well as have more confidence as a newly-qualified speech and language therapist.She found out about Projects Abroad 3 years ago at one of our open days held in London, and was impressed by the organisation.

1,29MB Marokko Nyheter - Januar 2014
Arabic is the mother tongue of about 300 million people, mainly in North Africa and the Middle East. It is the official language of Morocco, Algeria, Egypt, Palestine, Iraq, Jordan, Kuwait, Lebanon, Libya, Mauritania, Oman, Saudi Arabia, Sudan, Syria, Tunisia, United Arab Emirates, and Yemen; but there are also minorities whose native language is Arabic in other countries like : Senegal, Mali, Turkey, Iran, Eritrea, Niger, Chad, Ethiopia.. It’s spoken in a total of 29 countries around the world.

1,33MB Marokko Nyheter - Desember 2013
Greetings to all! My name is Elena Shlyahova. I'm 40 years old and from Ukraine. I live in a small town of grapes, which is located in the West of Ukraine. On my birthday my family presented me with a gift in the form of travel. We decided that it will not just be a stay but also to participate in a volunteer program. I found Projects Abroad on the Internet, select the country - Morocco, the program - “Teaching English " and program duration - 6 weeks.

1,67MB Marokko Nyheter - November 2013
To celebrate the British culture in Morocco, the British Council, in collaboration with other local associations, organises the British Film week that will take place in Rabat between the 17th and 21st of November. The festival is offering 6 British Drama and Comedy films that has received positive reviews from international viewers.

769KB Marokko Nyheter - Oktober 2013
Sitting here in my favourite cafe , a small oasis of calm in the centre of Rabat, it's easy to tell you why I love Morocco so much.

945KB Marokko Nyheter - September 2013
The volunteers and members of staff of Projects Abroad Morocco had the chance to attend the opening of the festival organized inside the old fortress of Chellah in Rabat, giving the event a very authentic aspect.

1,11MB Marokko Nyheter - Juli 2013
Having never previously worked with or even heard of Projects Abroad, my travel companion Abdul and I left the airport at Rabat with open minds as to how the next two weeks of learning Arabic and volunteering would pan out.

1,22MB Marokko Nyheter - Juni 2013
I was lucky enough to do two placements in Arica with Projects Abroad. Tanzania was my first experience of African life and a very rewarding one at that. I worked at St Gabriel home, an care centre run by the catholic nuns.

1,47MB Marokko Nyheter - Mai 2013
As I touch down in Casablanca, I am met by Asmaa for the third time, after a warm greeting we are on our way to Rabat and my host family in the medina. After the get together meeting talk it was back to my placements in Sale Al Jadida and Bettana. I have chosen the teaching project on all three times in Morocco so there were many familiar faces.

1,20MB Marokko Nyheter - April 2013
My name is Daniel Leung and I am from the UK. I did a teaching project with Projects Abroad Morocco for three months. Through my stay in Morocco I had a chance to experience the Moroccan culture first hand and I have been enrolled in a day to day lifestyle with a Moroccan host family who considered me as part of the family. As a whole the experience was a success.

1,47MB Marokko Nyheter - Mars 2013
The Appleby College journey with Projects Abroad Morocco started two years ago with a group of ten college students and two chaperones from Appleby College in Canada. Back in 2011 Projects Abroad Morocco made a partnership with Appleby students andworked on a project for the benefit of one of our placements, AMESIP (Association Marocaine d'Aide aux Enfants en Situation Précaire) that works in the care and sports field to reintegrate students, who dropped out school, back into schools or to provide them with sports proficiency...

1.004KB Marokko Nyheter - Februar 2013
One of ARDES’ activities is to offer trainings for young people from disadvantaged backgrounds in tourism, language lessons, catering and cooking. These take place in Salé and Tiflet and are usually one year full time courses providing a mix of theoretical and practical training, for which the participants pay a low fee.

483KB Marokko Nyheter - Januar 2013
Morocco. From the disorientating business of its medinas to the majestic serenity of the Saharan dunes, this is a truly fascinating country. Based in the nation’s capital, Rabat, I recently completed a seven week human rights internship through Projects Abroad. 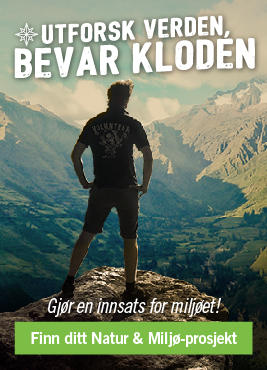