I have always wanted to study Law at University, so joining the Human Rights Project was an easy choice for me as I thought it would help me gain insight and understanding into a field I have hoped to enter. I also wanted to benefit others along the way. Choosing a location to do my volunteering was difficult. South Africa however has always been high up on my list of places I wanted to visit, so when I saw it as an option I knew that that was where I wanted to go. I sat and read other people’s stories for hours to get an insight into what the experience would be like and I knew it would be amazing even before I left my home country. 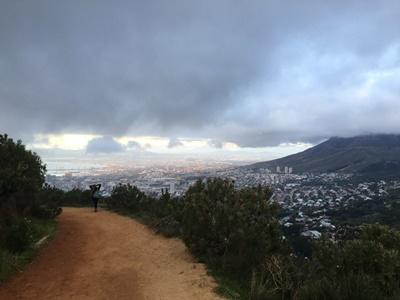 I was picked up at the airport after a couple of long flights from the UK, along with lots of other volunteers. We were taken to our host families and right from the start, everyone started talking and getting to know each other. This was really lovely. There was a mix of nationalities (British, French, German and Italian) so we all had a go at saying “hello” and asking a few questions in other people’s languages which was fun!

On the drive we all went silent a couple of times to take in our surroundings. The townships are unlike anything I have seen before and the driver was happy to tell us some interesting facts about Cape Town throughout the journey. The mountains and scenery were amazing! You won’t want to forget these sights, so make sure you take lots of photos! 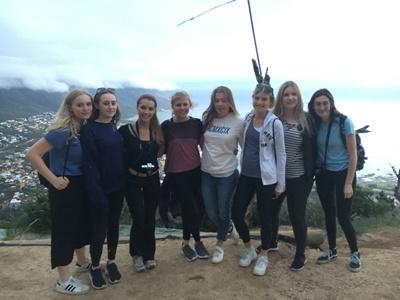 I stayed with Faye and Aslam along with 24 other volunteers. Faye and Aslam were the best - so welcoming and kind! Faye offered us food whenever we wanted and there was an unlimited supply of tea which was perfect because we drank an endless amount! Everyone automatically became a family, we even called Faye “Momma”, and she called us “her babies”. This was perfect because when you're away from your family you need that loving family atmosphere around you. She spoilt us and was always there when we needed anything. After a long day out on the project, we would sit and chat with her about what we had been doing that day.

In the evenings after our placements we all ate dinner together, and the table was filled with an enormous amount of food and it was all delicious! I’m a vegetarian so I was a bit worried about the food because I know South Africa is famous for its meat, but I was given lots of yummy vegetarian foods that were just as good. After dinner, we would all sit and watch a film together, or sit outside and chat to each other as we drank more tea. Everyone got on so well, we had a laugh all the time!

We had drivers who picked us up and dropped us off at the Projects Abroad Human Rights Office everyday which was handy. After an induction and being introduced to all the staff (who were very nice) we were given a real life murder case and split up into prosecution and defense by picking out of a hat. I picked Defense and there were six others on my team. We got a file full of forensic evidence, crime scene photos, witness statements etc. With all this information, we had to develop an argument using laws and evidence. It was hard; I’m not going to lie. At times it was really stressful, but this experience was so useful at giving us an example of the lives of real lawyers.

We also interviewed police detectives and victims of crimes which was very interesting. This helped us with our case as it was all related to gang-violence.

I was lucky enough to be in South Africa for Mandela day, so we did our volunteering at a children's center which was probably the most fun and rewarding thing we did. The kids are so positive, full of life and energetic, which is amazing to see considering the surroundings they live in and some of them coming from harrowing backgrounds.

At the end of my two week stay we had a moot court where we had to present our cases in front of the Projects Abroad staff and other volunteers, who voted guilty or not guilty. It was a unanimous “not guilty” vote which meant we had won! It was an amazing way to end my time at the South African Human Rights office. 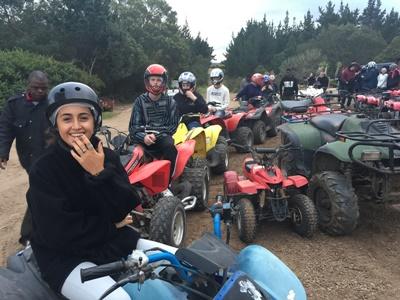 Projects Abroad organized lots of activities for us to do after our placement like go-karting, hiking up Table Mountain, going to the cinema and a restaurant; we were never short of things to do!

This was my first time in Africa, so the weekend at the Garden Route was something I will never forget. Although it was an early start and a long drive, it couldn't have been more worth it. We went on a safari, paint-balling, quad-biking and we also visited the Cango Caves. The safari was so cool; I love animals, so seeing an elephant, giraffe and lion and them being right next to you, was just out of this world!

We stayed in an amazing house with a swimming pool and a pool table. All of the High School Special volunteers were together for this trip, so it was an excellent opportunity to meet even more people from the other projects. There were lots of markets and chances to go and have a browse and buy gifts for family back home.

Considering that it was July, it was the South African winter. During the day it was warmer than it is in the UK during summer, but at night it was freezing! My advice for you: pack fuzzy socks and warm hoodies for the evenings!

On the second to last day in South Africa, I realized that soon I was going home; that made me so sad as I was not ready to leave. On our last night we had a massive BBQ and everyone from all the different houses came together and my host mum was so generous and cooked us all lots of food. On the Saturday, when almost everyone was leaving, those of us who had an evening flight went to a weekend market called the Biscuit Mill which was amazing! There was so much food to choose from and clothes markets too. It was all pretty cheap, which was good because it meant our money went a long way.

Saying goodbye to everyone was horrible, but I promised to be back! My host mum even gave me a little gift which melted my heart. I couldn't say thank-you enough to her and all the Projects Abroad staff for making my time in South Africa the best it could possibly be. This trip helped me in so many ways to realize how lucky I am, and it made me want to do whatever I can to help those who don't have the basic things in life that they deserve. I’m already looking to come to South Africa again, but for a longer stay so I can really try and help make a positive difference in the Human Rights field in Cape Town, and take part in the most rewarding of social justice schemes.