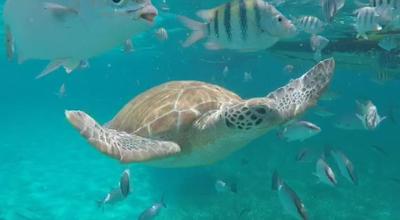 My name is Tyler Schubert and I am currently studying Public Health at Franklin & Marshall College in Lancaster, Pennsylvania. I have a passion for serving others and studying the sciences and, from a young age, I began travelling along the long path that will one day lead me to becoming a physician. Through Franklin & Marshall, I was awarded a grant that allowed me to travel out of the country and perform volunteer work. Once I discovered Projects Abroad’s Public Health placement in Belize, with its flexible dates, beautiful location, and the nature of the work that I would be completing, I was instantly sold.

In early May 2017, I departed from Harrisburg International Airport and arrived in Atlanta, Georgia, where I caught a connecting flight to Belize City. Once in Belize City, I exited the plane from a staircase in the style of Air Force One and proceeded to baggage claim. I gathered my belongings and went to the Tropic Air terminal where the friendly attendants pushed my late-afternoon flight up so that I would have a shorter layover. After a few minutes, I boarded the small Tropic Air flight and was on the ground in San Pedro approximately 15 minutes later. I highly recommend that future volunteers ask Projects Abroad to book their flights, as they were very helpful to me! 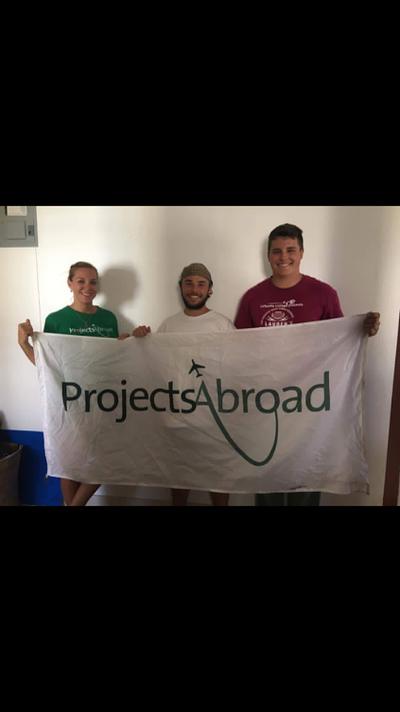 I was greeted at the San Pedro airport by Ashty, who drove me to the Projects Abroad office in a golf cart. At the office, I met the other volunteers and my advisor, Cora. After introductions, Ashty and I went to lunch at an authentic Mexican restaurant where I had delicious quesadillas with fresh pico de gallo. Ashty answered all of the questions I had about my placement in detail, and left me feeling excited about the two weeks ahead of me.

My host family in San Pedro was one of the nicest groups of people I have had the privilege of knowing. They were so generous and kind to my roommate and me. My roommate was a fellow college student who graduated from Furman University and will attend graduate school at Boston University in the fall. Our host family had three small children and they loved to watch cartoons and play games with my roommate and me. On my first full day in Belize, we rented a golf cart and travelled to Secret Beach with the entire family. We had a blast getting to know each other and spending the day in the beautiful, transparent water.

On the first full day I had at the Projects Abroad office, Cora explained what working at my placement would entail. We focused on two main objectives during the two weeks I was in San Pedro. One objective was preparing for an upcoming health fair with the theme of No Tobacco Day, which was sponsored by the World Health Organization (WHO). An important part of this objective was making educational material for the fair, including posters, pamphlets, and brochures about the dangers of smoking. Additionally, we were tasked with contacting NGOs, such as the National Drug Abuse Control Council and the Kidney Association of Belize, to come to the health fair. We also contacted local San Pedro businesses for food, drink, and other donations. We recruited students and teachers to attend this health fair by travelling to several schools on the island and explaining our event to the principals of each school. Although I had to leave San Pedro before the health fair, I felt that I made meaningful contributions to the event’s success. 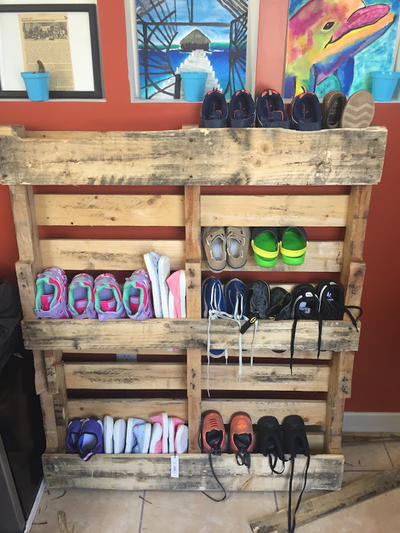 The second focus of my Public Health placement was holding a mobile clinic in the central park of San Pedro. I learned how to correctly obtain a patient’s blood pressure and blood sugar levels, and we practiced these skills several times a day leading up to the mobile clinic. On the day of the clinic, we set up a tent in the central park (which is right on the beach!) where San Pedro locals could get their blood pressure, blood sugar, and BMI screened by Public Health volunteers and Cora, who is a registered nurse. We recorded each of the patient’s data on a clipboard and, later in the day, I transferred the data to a spreadsheet and was able to run an analysis on the data that we collected.

All in all, I was extremely satisfied with the work that I was able to do in my two weeks in San Pedro. Although the time during my placement had two main objectives, I was also able to complete a few other tasks that were somewhat unrelated to those objectives, but still helped the local community. For example, one morning my roommate and I travelled to a school in San Mateo and spread sand across an area that will become a playground in the future. We completed this task with the help of the local firefighters of San Pedro. Another task that I completed began prior to my time in San Pedro. I collected shoes for a project that will take place in the fall of 2017. So, I hauled nearly 30 pairs of slightly used or brand new children’s shoes to San Pedro with me. On one of the days, the Public Health group travelled to a hardware warehouse and we collected used pallets that would be turned into shoe racks for kids at some of the different schools on the island. I was ecstatic to start this project in my short time in Belize and I am looking forward to seeing the result of it in the fall. 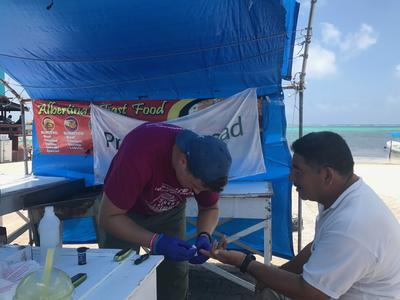 During my free time, I was able to explore the island with the other volunteers. On one Sunday morning, I went snorkelling at a beautiful marine preserve called Mexico Rocks. I jumped into the water and was greeted by a friendly sea turtle and a wall of tropical fish that completely surrounded me. Throughout the duration of the snorkelling session, I saw hundreds of species of sea creatures including nurse sharks, sting rays, and countless tropical fish and I was amazed at the vast array of coral formations. During the second half of the day, we travelled to a beach on the west side of Ambergris Caye, where our guide cooked us a meal on the beach and we had several hours to relax, wade in the shallow water, or look for iguanas and sea shells. If you have the opportunity to snorkel during your placement, I highly recommend it! On another day, I took a fishing trip with a local guide and we caught a variety of snapper that I was able to bring home to my host family as a nice gesture.

Other than these planned activities, San Pedro has a great deal of amenities to offer. Local restaurants had different specials on different nights of the week, with some of my favourite events being trivia, karaoke, and hermit crab racing. Attending these events with the other volunteers was a great way for me to connect and get to know each of the volunteers better, which made me feel even more comfortable with my placement.

Reflecting on my Projects Abroad Experience

My experience with Projects Abroad was even better than I had anticipated. I was surrounded by great people who truly wanted to improve the San Pedro community and the Projects Abroad staff took every measure to ensure that it was an amazing experience for all of the volunteers. This trip further invigorated my passion for helping others and helped me learn about a foreign country, its people, and myself. 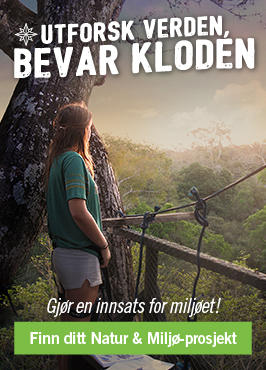